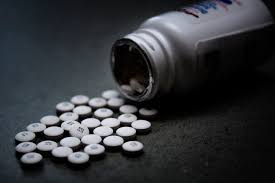 As both national and D.C. area health departments deal with the COVID-19 pandemic, the opioid crisis that has devastated communities across the U.S. hasn’t gone away.

Brendan Saloner, associate professor in the Department of Health, Policy and Management at the Johns Hopkins Bloomberg School of Public Health, said provisional data show that fatal drug overdoses in 2019 reached their highest level on record, with 72,000 reported.

“Going into COVID, we were in an incredibly bad situation, and there is plenty of reason to think that COVID is making it worse,” Saloner said.

He explained the grim outlook this way: “Social isolation, job loss, a sense of anxiety and depression that a lot of people are feeling — all of these things are triggers,” he said.

COVID-19 has exacerbated all of the factors that can drive overdoses, Jones said, and research has shown that people with substance abuse disorder will use at higher rates under those conditions.

One piece of data provides a snapshot of what seems to be the trend, said Jones. In May 2019, there were 191 opioid overdose deaths. In May 2020, there were 217. And she noted that an uptick in overdoses was evident going back to December.

In the D.C. area, Arlington County in Virginia reported a spike in fatal opioid-related overdoses.

In August, Arlington County police said they investigated five deaths that are possibly drug-related, and they suspect the deaths are linked to heroin prescription painkillers mixed with fentanyl, according to a news release.

In 2019, there were six reported fatal opioid overdoses in Arlington County. As of Aug. 11 this year, the number of fatal overdoses in the county is currently reported at 15.

Jones said another result of COVID-19 is that, because of social isolation, people who abuse opioids end up taking them alone, reducing the likelihood that someone could revive them with naloxone, an overdose reversal drug.

And there’s another issue, according to Jones: “There’s been a decreased utilization of substance use services,” such as methadone maintenance programs.

There’s also been a drop in the number of people with substance abuse issues showing up at hospital emergency rooms.

Saloner said that’s a big concern, “because we treat a lot of people who are in the midst of an overdose or who are just having conditions related to their substance abuse in hospitals.”

“I worry quite a lot about that issue, actually,” he added.

One thing that Jones said health officials are trying to figure out is why the number of overdoses have dropped in Baltimore City but have increased in Prince George’s County, “which is not a county which typically has a high number of overdoses.”

Asked why that is, Jones said it’s not clear: “We’re not really sure what that’s about, to be really honest with you,” she said.

Despite the concerns that the opioid crisis continues to rip through communities, Saloner saw a glimmer of hope.

“The federal government has provided more regulatory flexibility to allow people to get their drug treatment through telehealth options,” and that means that patients don’t have to go to a clinic every day to get their medicines, he said.

But Saloner added, “That ability to continue to offer those options will only continue as long as we have a declared federal public health emergency.”

Jones said there’s been an emphasis on a public education campaign to let people know that although COVID-19 has caused lots of shutdowns, services and treatment remain available.