Study: Transition Care After HF Admission Is Helpful Any Which Way 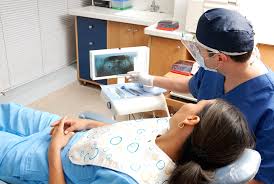 Use of transitional care services after hospital discharge can benefit early heart failure (HF) patients and even make sense financially, a study suggested.

A model showed that quality-adjusted life-years (QALYs) gained on a lifetime scale favored transitional care interventions compared with standard of care, according to Jeremy Goldhaber-Fiebert, PhD, of Stanford University, California, and colleagues:

In terms of cost-effectiveness, nurse home visits were the dominant strategy with an incremental cost-effectiveness ratio (ICER) of $19,570 per QALY gained. "However, each of the interventions resulted in important improvements in health outcomes, and the differences among the interventions were modest," according to the report published online in the Annals of Internal Medicine.

Transitional care services are therefore "economically attractive" and should become the standard of care for older HF patients, the authors concluded, adding that their results largely persisted despite variations in in-hospital mortality, age at baseline, or costs of rehospitalization.

These services are currently underutilized, according to Goldhaber-Fiebert and colleagues, who cited a study showing only 7% of eligible patients at medium to high risk for rehospitalization received transitions services in 2015.

Goldhaber-Fiebert's study simulated outcomes and healthcare costs of people who were 75 years old at hospital discharge, evenly split between men and women.

Mortality and readmission risks were based on a prior cohort analysis of more than three million Medicare fee-for-service beneficiaries. Costs for the interventions -- obtained from 30 randomized trials with over 6,000 enrolled individuals -- included those for the intervention itself, background costs, background HF treatment costs, and costs of rehospitalizations.

The trials included in the study had tested varying transitional care programs in different settings, so the authors grouped heterogeneous test programs into three categories, Goldhaber-Fiebert and colleagues acknowledged.

In addition, the study's results may not be generalizable to younger patients with HF, they said.

"Some cautions are in order. The base estimates of the effect of NHVs [nurse home visits] were drawn from just six trials with a total of 1176 participants; similar numbers were included in the other groups. There is reason to doubt that benefits from these mostly small trials would be similar when deployed to scale," according to an accompanying editorial by Leora Horwitz, MD, MHS, of New York University Langone Health in New York City.

"On the other hand, several features of the analysis were designed to produce conservative estimates," she said, citing the authors' assumptions that any intervention works only the first time and that rehospitalization risk is the same after every hospitalization, for example, both favoring standard care.

"Despite the limitations, the results are at least promising. Why then are transitions programs not standard of care, as the authors recommend? We certainly have many other examples of more expensive treatments that have been widely adopted," according to the editorialist.

Horwitz noted that systems interventions are not the same as medications.

For one, the former are context-dependent, meaning that quality and fidelity of intervention delivery, internal and external context, and the patient population to which they are applied all impact effectiveness, she said. "Insurers and hospitals therefore may reasonably be concerned that they might not achieve equivalent benefits."

Second, these interventions have upfront costs that may not always eventually be reimbursed by payers, Horowitz wrote.

"How can more be done? Standardized program protocols and training materials might help increase intervention fidelity and effectiveness. Explicit insurance coverage or incentives for dedicated transitions programs -- perhaps after certification or training based on a recognized standard -- would also spur uptake," she suggested.